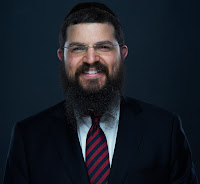 Benny Friedman’s latest album, Kulanu, is out on Spotify, and as a paying subscriber I enjoyed listening to this album quite a bit, to the extent that I felt like writing a review for the first time in some years. JM is evolving and improving very much in the past years and this album is a leap forward so I wanted to write about it. Excuse me for not giving proper credits - there’s no way for me to see full credits in Spotify.

Tashiru - Benny’s superb vocals are immediately in display, having improved significantly over the years. This song is really well done - the beat, the lyrics, great arrangement, the choir (very smooth and not too punchy) all give room for Benny to shine, and he is able to keep the song interesting throughout. I specially like the ending of each block with “Ani shar” - a great connector and the interlude at 2:30 adds a lot of feel to this great opener, a song that keeps evolving *****

Kulanu - starts with strong drums, introducing a theme of march to this song. This song explores the parallels of Moses’ demand to Pharao and the days of redemption - Geula. Haven’t seen this type of interplay of story in a while, and it’s makes this song stand out. The marching feel is very appropriate, as the Jews will march to Israel for redemption similarly to the slaves leaving Egypt at the time of Moses. The choir here is very pronounced, fitting in the theme and giving a cool tribal sound. Acapella towards the end wasn’t absolutely necessary but I do love acapella so I will not complain. *****

Beyadaim - first slow song of the album, rather sleepy but with nice lyrics - a letter from father to son. I thought it was not a good choice as a third song of this album, as it comes after two really perfect songs. This is a song I will not remember. ***

Charasho - follows the standard set by the first two songs, this one is a home run. The song has a clear concept - a Russian folk song that Benny even sings in Russian in many parts. And considering that Benny is Chabad, which originated in Russia, the Russian somehow feels right and relevant. The lyrics are very good, and the Russian words also sounds great and fit in. I liked very much the effect at 2:23, and the choir throughout the song is just perfect - not too intrusive but always there to add something extra. The slowdown at 3:05 reinforced the folk feel, specially because the choir just kept repeating only the Russian part of the song to gain momentum. This is the best song in heard in JM in many years, I give a rare sixth star. ******

Yehudi- in Hebrew, a cute song with a strong and catchy high part but the lyrics are not bringing anything new and fall back in the overused theme of Achdut, which are sung in every JM album today with pretty much the same concept - we are all together, we need each other. Doesn’t stand out but the song has its moments. ***

Ten li - another Hebrew slow song, softer than the one before. I thought lyrics were again not up to the standard set by the fast songs up to here, and the choir was weak and even the interlude at 2:25 - singing the traditional Mitzva Gedola Lihiot Besimcha - didn’t match well. **

Ehov- Hebrew song, that talks about how we are all brothers and sisters, and how we need to love each other - falling back again in the Achdut motif, without bringing any meaningful dimension or personality to this song - it feels impersonal. Guest singer sings Moshiach Now repeatedly, adding to the feel of lack of originality.

Am Betzion - Hebrew song about Jerusalem, a very nice song but the lyrics are too simplistic for me. Like other songs, the interludes are all good efforts the one here at 2:30 does make the song more interesting but overall the song falls short and I thought Benny didn’t carry the song as well as in the earlier songs of the album.***

Hareini- a song about preparing oneself for the Miztva (I recently wrote about this in my sister Safrut blog) of Ahavat Israel, and reminiscent of the often-sung Chabad song of Hareini mekabel sung at fabrengens. Perhaps this was done deliberately, but coupled with the average lyrics, this song struggles to fly. ***

Yom echad - I thought Benny carries this song really well, a theme of redemption in Jerusalem and peace. His falsetto is great, and the greatest thing here is the choir - just wow. Not your average JM choir, this is a world-class choir - very impressive and I wish I would see more of this in Jewish Music. In chazzanut I see it often but to see it in a pop JM album is refreshing and it brought the song to another level. ****

Hakol Milemala - builds on the Israeli expression of Hakol Milemala, the strings are very nice and although the song is good, it feels also impersonal, something I felt in some other songs of this album. The next level for JM lyrics, which have improved greatly over the last five years, is to make the songs more personal - personal emotions, situations and experiences. This song stays average ***

Maasim Tovim - what a fantastic surprise towards the end of the album, the best slow song is here. A wedding song, with solid Hebrew lyrics and a song that requires Benny to give it all - and he does just that. High notes are everywhere, falsettos and all else. The arrangement is perfect, with a full orchestra and an amazing choir, giving the song a Disney or if you will a pop-Opera feel. Songs keep growing and Benny is up for the task, and keeps the song interesting throughout. *****

Bishvili- last fast song of the album, it reminds me of Benny’s early songs from his debut album - simple words repetitions and catchy tune. It has worked for him many times, and works here once again. Simple, and sometimes less is more. ****

Conclusion: I think this is Benny’s best album since his debut album. The production value is sky high, with notable effort to get the very best in terms of arrangements, choirs and compositions. Also, the songs lenghts are ideal - not overly long. Benny’s vocals have improved too and he is very comfortable singing a variety of styles featured in this album - an attest to his great talent and a singer and musician. I personally felt the lack of some dissonant moments, or some more sophisticated harmonies but that’s already nitpicking - Benny’s is probably the best pop JM singer out there today and he is breaking new ground. A work well done.

"Greetings! Very useful advice in this particular article! It is the little changes that will make the largest changes. Many thanks for sharing!"
דירות דיסקרטיות בחיפה

"I'm very pleased to uncover this web site. I need to to thank you for your time due to this fantastic read!! I definitely loved every part of it and i also have you book marked to see new stuff in your web site."
דירות דיסקרטיות בחיפה

Benny Friedman’s latest album, Kulanu, is out on Spotify, and as a paying subscriber I enjoyed listening to this album quite a bit, to the e...