Benny Friedman debuts in the JM scene in a very interesting time. MBD and Fried continue to be extremely popular but the following generation of singers - Mendy Wald, Dachs, Flam and even Dedi are completely out of the spotlight. Shwekey had his time in the #1 spot but was eventually surpassed by a much cooler and talented singer - Lipa. You have other names with significant buzz around them like Gabay and Gertner but we didn't have a "shock" debut for quite some time. Benny Friedman is shooting for that and he has everything going for him - great buzz, production and timing.

Misod stands out from the usual opening songs I've heard lately. Is not revolutionary but it has a somewhat different pattern to it - it's not always the same notes being repeated again and again - and the song builds up nicely, complemented by the rather symplistic arrangement and niggun. ****

Now if Benny really wanted to be more edgy, he would open the album with the next song - this one, yes, revolutionary. It reminds me of Oif Simches' edgy niggun songs featured in their first two albums, but this one goes further albeit without losing the JM taste. And, hey, the song is not overly long - it's within the "goyish" range of under 3:50. This kind of songs - original, edgy and cool - is what my ears have been waiting to hear since YG's 8th Note and we must give a lot of credit to the great arrangement by Freitor. *****

I'm a big fan of Spinner's songs and the result of the mix of Spinner's musical skills and Benny's gifted vocals is very promising. Spinner's compositions are, in my opinion, more original than Blumstein and Waldner, which are from the mainstream JM camp, and I'm happy to see that Spinner is not keeping all his songs for himself. *****

Taamu is more wacky and not exactly my cup of tea, but it's understandable to have something wacky after three home runs. But there's something interesting in this song - the "bridge" in 2:40, where Benny resembles a lot his uncle Avraham Fried and does a very cool fabrengen-style improvisation. I really want to know if this was Benny's or the arranger's idea... it added coolness and soul to this strange song. ***

Leib Yaakov's arrangement stands out right from the beginning and it reminds me of his arrangement of Dovid Gabay's Omar Dovid. This "retro" song takes me back to the olden days of JM - traditional, warm and Avraham Fried-styled. ****

Moshiach - Ian Freitor uses the acoustic guitar for the coming arrangement, something rare in JM that comes and goes every so often (Mendy Wald's Kol Mevaser in his second to last album is a good example). And here is the interesting part - this is a Waldner song and Shwekey had a few in his album but they were not cool. This one is cool, mainly because the arrangement by (again) Freitor is perfect - not overly busy yet modern - and Benny's voice and energy shine. I suspect Shwekey couldn't make anything out of this song and Benny seized it and made it fly. ****

I can see from the opening of Kad Yasvun that Benny has very good singing technique for the low notes and although this song is too boring for me I do like to hear nice notes. The choir is too typical and it throws me back to the trauma of mainstream JM, where the choirs seem to all sound the same. And this song is looong - 8:36 - and for me that's way over the acceptable range. This one is competing with Gabay's all-time record of 9:14 (Havi'i, first album). **

Amar has much in common with Moshiach - composed by Waldner, a lot of lyric repetition, fast but not too fast and quite original. Again, this is a Waldner song that is not for Shwekey - too smooth and edgy, and Benny was lucky to get a hold of this song. ****

Yaavducho is a risk-taking song. Heavily focused in the guitar arrangement, this is a song that puts the singer's voice, energy and improvisation skills in evidence. And Benny is somehow comfortable singing what no one else in JM would. And the Hawaian la-la-la at the end added to the coolness of this song. ****

At this point I'm already realizing we are looking at one of the best albums out there now. Letova has a very tasty dissonant note in 3:11, I love this kind of things and in general this song just "has it", even with lyrics that are not the most original. ****

Batuach is another risk-taking song, and Benny goes out of his way to make this song fly, using his very soft falsetto and harmonies. And it paid off. This is another song that is hard to see in JM and yet Benny has no problem doing it. ****

I love risk takers and Benny is one. That's the only way to constantly bring in new music, because if you accommodate - like Shwekey did - you will eventually find yourself singing more of the same. Benny Friedman has come out with an album that is surprisingly fresh, original and cool. Just for argument sake, take Gabay's album, which was very successful and had very good reactions. To me, Benny Friedman has more star-quality and I like his album more than Gabay's, because it's more eclectic. Finally there's something in JM worth talking about!
avraham fried benny friedman review yitzi spinner

Atara said…
I've heard great things about this album from the rest of the JM blogs, but I was waiting for a review like this. Thanks again for a substantial and helpful review!

joel said…
I thought you stopped blogging to concentrate on safrus? I havent checked your blog in a while for that reason welcome back.
November 11, 2009 at 1:28 PM

Glad to hear your name! I was planning to write a longer review but I wrote this with a week of delay, so I focused in what really matters.

Firstly it's an honor to have you here in the blog, I would extend the red carpet if I could.

JM owes a lot to you and your notations and I'm happy to see you keep working your way into JM's best albums.

I by the way loved the concept of your arrangement in Yaavducho; really original, groovy and different.

joel said…
I must disagree with you about long songs. In my opinion the best song on the album is Kad Yasvun. the depth of the song the high notes benny reaches are ridiculous.
The length adds to the song giving Benny ample time to take the vocals to the next level.
Usually the classics are the long epic anthems in the 7 to 8 minute range. I'll give you Avraham Fried as an example. Many of his biggest hits are very long and well worth it like:
Aderaba 8:56
Ki Hamitzvah 7:57
Nish gedaygit 7:46
Rtzei 8:43
Tekah 9:38
Moriya 7:02
Ad heina 7:55
Yochid vrabim 8:39
my fellow jew 8:42
vshomru 8:25
Tanya 6:13
November 11, 2009 at 1:55 PM

Good to hear from you. I'm indeed more focused in the Safrut blog but whenever there's something big I step back here. And this album is pretty big.

I was expecting someone to say this, but I think you can't compare this song to three part songs like Aderaba, Tanye, Rtzeh and Ad Heina. These songs have longer structures and it would be unrealistic to expect anything less than 6, 7 or 8 minutes.

But Kad Yasvun is not a three part song and if you have 8 minutes that means a lot of repetitions. Take Omar Dovid, from Gabay, which is a very complex song with a lot of variations - it's 6 minutes long. I'm surprised this is your favorite song but music is music and we anyways always disagree in these things!

Anonymous said…
How many times can we mention Shwekey in a Benny Friedman review?
November 11, 2009 at 2:50 PM

Very deep question. In this case, many. It gives you an idea of the contrast between the two: original, cool and risk-taker vs. the opposite.

Shmuli said…
YK, what did you mean in your review of the last song; Emes?
You gave it a medium rating while some others are all, "Oh it’s my favorite song".
'Preciate your comments. If we can't be honest about our likes and dislikes "it’s a slippery slope..."
November 12, 2009 at 9:05 AM

I didn't have much to say about Emes, so I remained concise - I often do that in my reviews..

Tks for the support. It's a VERY slippery slope.

Anonymous said…
Who knows where to download XRumer 5.0 Palladium?
Help, please. All recommend this program to effectively advertise on the Internet, this is the best program!
November 22, 2009 at 4:10 PM

Unknown said…
This album is really good. I have a question for everyone. Does he have any Chanukah music? I love listening to Chanukah music around this time, however I only have this list. Chanukah MusicI need help expanding my Chanukah music, can anyone please help me?
December 4, 2009 at 2:15 PM

I got to be honest, this review has been really challenging for me. I not only had to listen to the songs in this album, I had to go to the original tunes to find out what's novel and what is just copied. Since I didn’t know all the originals my wife joined in and this review quickly became a family song quiz. Anyways, it took me double the time to write this review and I admit it’s still a bit clumsy. But I decided to post it anyways, as I originally wanted to be done with it before Lag Baomer.

A.K.APella’s album cover is the nicest I’ve seen in many years, even cooler than Yossi Green’s in my opinion. The blue-colored Chameleon with the three-shaped tail is brilliant and I’m happy they dubbed this album Adaptations – it’s an accurate one-word description of what this album is all about. And the font – a detail usually ignored by most artists - used by the graphical team is also unusual and very cool.

The vocals in this album are exceptional. Each vocalist has a different style an…
Read more 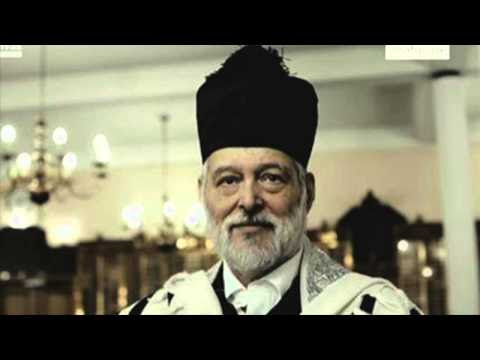 I got some awesome new High Holydays videos of Benjamin Muller, one of the very best voices I´ve heard in my life. Check it out: 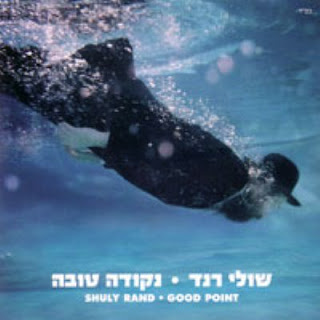 Most of you know Shuli Rand or at least find his face somewhat familiar - you have surely seen him staring as Moshe Ballanga in the award-winning Israeli movie Ushpizin. Until now he was just an actor, actually a great one (he won Israel’s Theater Actor of the Year several times), and he has been out of the spotlight since the buzz around Ushpizin faded out (he used to live in Ramot until recently, and was very frequently called "Ballanga" because many people actually thought that was his real name). But Rand is back, this time releasing his first album, "Good Point".

Of course, this news didn't reach and probably will never reach US soil. As I noted several times, most Israeli albums never reach the US simply because the US and Israeli JM buyers like different things - in the US, Jewish Music albums are more standardized, mainly comprised of mainstream or more yeshivish-styled albums. In the other hand, the Israeli JM market is much more eclectic and there is a…
Read more